In a roundabout way this is why I think we are allowing fracking under Yorkshire despite the incontrovertible evidence of the immediate harm pollution from burning fossil fuels causes (from the smog in Beijing to gas flares in Nigeria to illegal levels of air pollution in London), and the overwhelming likelihood that carbon emissions from fossil fuel burning are already causing disastrous changes in our climate: 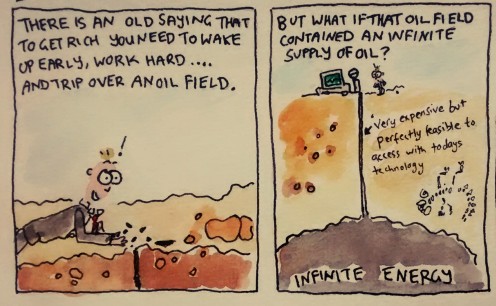 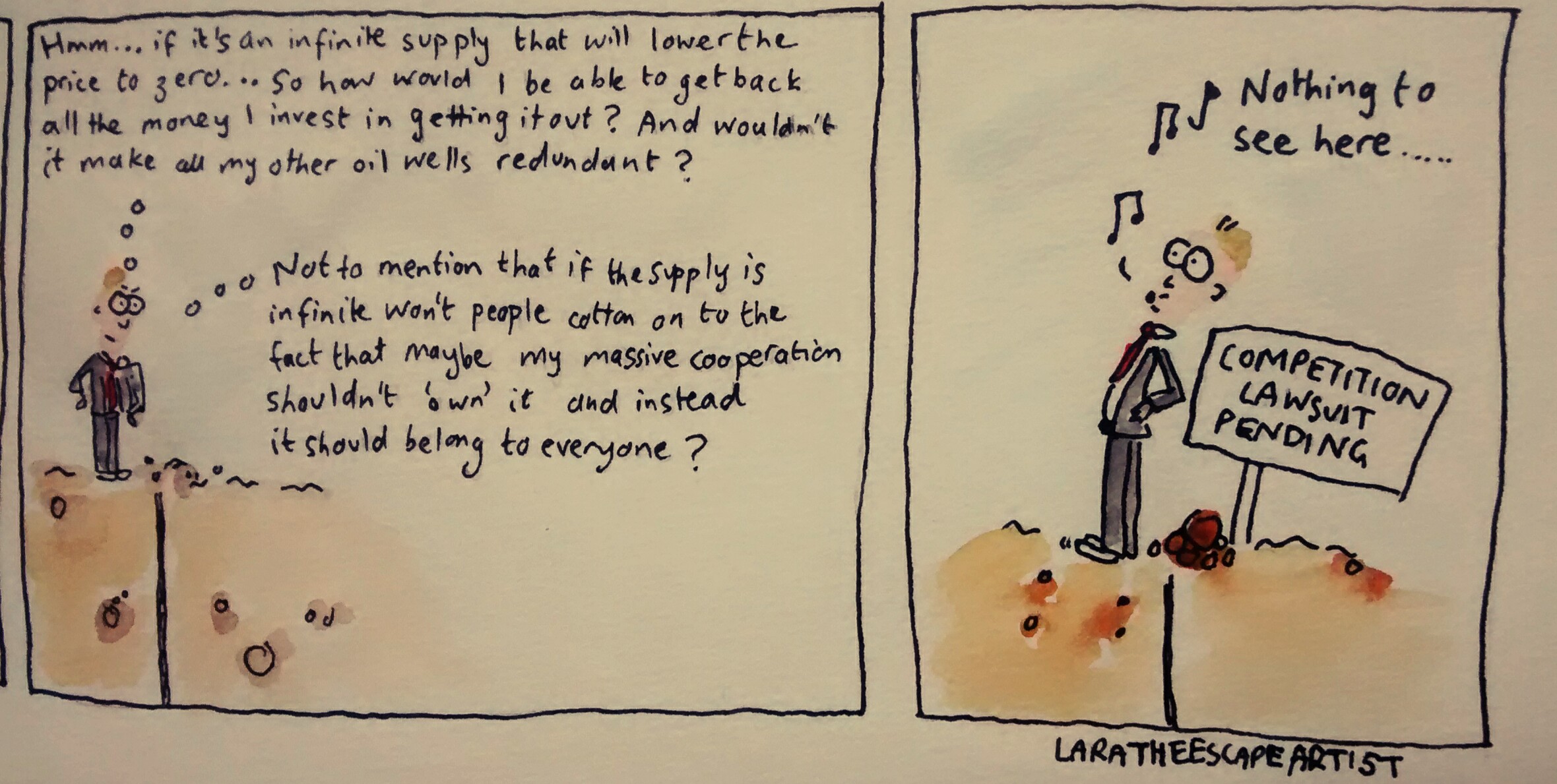 We are ignoring renewable energy technology (which has an essentially infinite source of energy:the sun*)  because it doesn’t fit with our current economic system which prioritises profits over all else and depends on continual growth, growth, growth (i.e infinite demand) and cannot allow for infinite supply.  So if you have some spare cash don’t invest in renewable technology because its a good financial investment. It’s not. And it never will be under neoliberalism, especially given the oil companies seem determined at the moment to dig or frack up the whole world (including now Yorkshire) to bring the price of fossil fuels down even further in a weird cutting off their own nose to spite everyone’s face move.  Invest in it because it’s a piece of infinity. Invest in it because it gives us clean air and local jobs and in a very literal sense decentralises power from the hands of a few to the many.

2 responses to “Our Energy Dilemma”